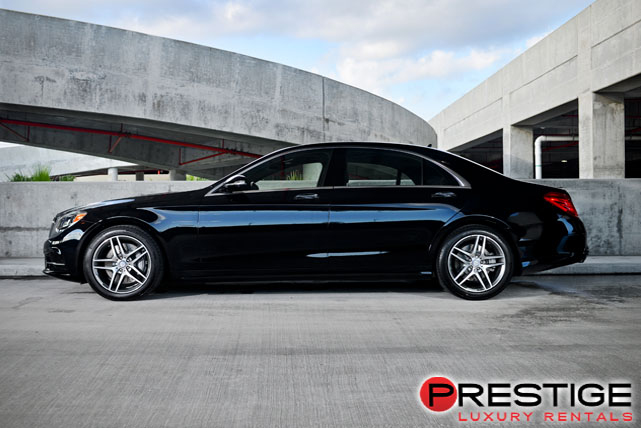 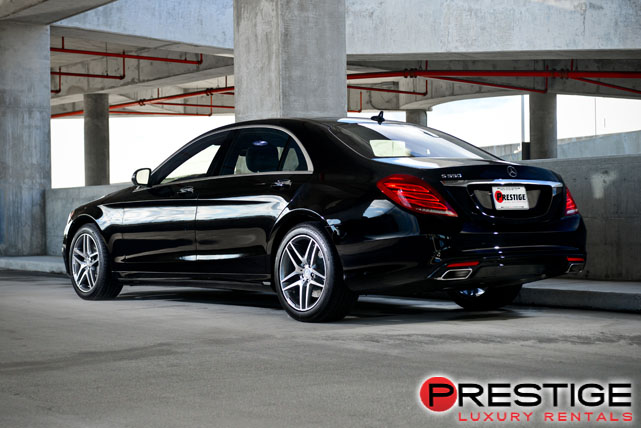 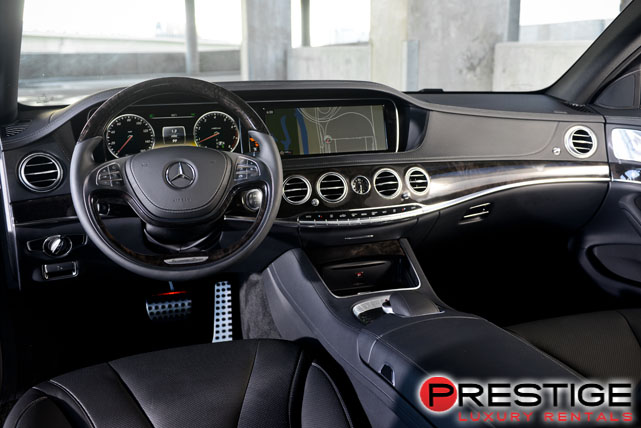 The Mercedes Benz S Class represents the peak of the company’s sedan design. For decades, the S Class has been the car which Mercedes Benz has used to debut their cutting edge technological developments and industry-first safety and performance equipment. This sedan is the vehicle against which all other luxury cars are compared to when it comes to overall quality, comfort and power.
The modern S Class is a virtual lesson in how to properly design a full-size sedan. With several different versions available, the S Class is a versatile luxury car rental that can meet the expectations of the most demanding driver. Even the base model comes with a 5.5 liter V8 engine that produces just under 400 horsepower. A turbocharged V12 can be had in the S600, which puts the lucky few in control of 510 horsepower and 612 lb-ft of torque – enough power to move a small army, let alone a well designed German sedan. The AMG division also offers the S63 and the S65, with the latter coming equipped with a revised turbocharged V12 good for over 600 horsepower.
It is clear to see that when it comes to exotic car rental in Atlanta, there are few sedans which can match the S Class in terms of pure power. However, the list of impressive features doesn’t begin and end under the hood. In either the extended or standard wheelbase version of this car, both driver and passengers are treated to some of the most comfortable accommodations on the market. Innovations such as blind spot assistance and a night vision display that projects an infra-red view of whatever might be lurking on the dark road ahead clearly put the Mercedes Benz S Class at the front of the pack. This is a car that refuses to compromise between performance and luxury.